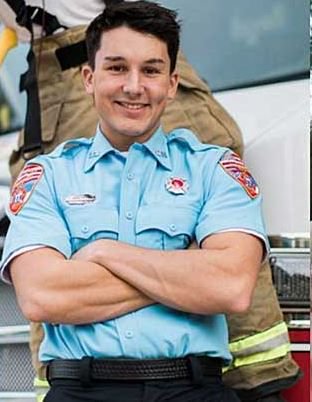 This “Noah” Hero WOD was created by Reservoir CrossFit (Brandon, MS). It was originally posted August 3, 2017 to honor the memory of Noah Pate, a Richland Firefighter killed in a wreck on Highway 49 (July 28, 2017). The workout was designed by former RezCF athlete and current firefighter Robert Jones, a fire academy classmate of Noah’s.

Their fire academy class was 167; hence, the buy-in and cash-out. Noah was number 23 in roll call; therefore, 23 reps for pull-ups and wall ball shots. The 21 deadlifts are from Noah’s age: 21. 1.5 miles is the total of the 3 rounds of 800 meter run which was the part of the academy’s fitness assessment.